Ask anyone who has ever visited the British Virgin Islands and all will agree – the magic of this place is found on the water. This is one of the very few places in the world where you can get on a boat, glide across a crystal clear sea and visit an array of islands, uninhabited cays, famous beach bars and world class snorkel spots – all in one day.

Dive BVI Boat Trips offers something for everyone. Check out our array of day trips, flawlessly crafted for maximum BVI fun, or contact us about private charters, and we’ll help you customize the island day of your dreams.  Bring your swimsuit and towel, it’s almost impossible to stay out of our beautiful waters!

Weekly scheduled trips may be adjusted based on demand – see the booking calendar for trip scheduling.

A fun morning of snorkeling at two sites and an afternoon at Jost Van Dyke, with a lunch stop at the Famous Willy-T floating Bar & Restaurant

A full day of fun! Diving or snorkeling in the BVI, with a lunch break at Cooper Island Beach Club.

Enjoy a day of exploring culinary treats and a beautiful beach at White Bay on Jost Van Dyke. No Snorkeling on this trip, but you will be swimming ashore! 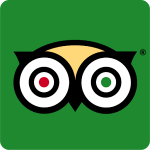 My wife and I booked a two tank dive with Dive BVI and were very excited to go. I’ve been diving for a decade and my wife had only completed her checkout dives, so I was excited for her to experience a more interesting dive trip. We went out with Rupert and Becca and had the best dive boat experience I’ve ever had. They were both incredibly knowledgeable and safe, made the whole dive experience absolutely amazing for my wife and me, and helped take away and of the stress and anxiety my wife was feeling regarding her dives. They were patient and professional and I can’t say enough good things about the whole experience.

Great combo of snorkeling and wet bar hopping…awesome way to get to Willy T’s and the Soggy Dollar/rest of the White Bay experience. Two good snorkel sites included…the north end of Cooper Island and the Indians off of Norman Is.

First caveat – you can’t anchor at the Indians. On our trip the buoys were all occupied, so we flexed to the Treasure Caves…a luck of the draw issue. The sea life at both locations was varied and interesting.

Steve was our captain, and did a terrific job of spotting some of the harder to find things and helping us see some of the more elusive sea life – a flight of squid and a flounder blending in with the bottom most of us would have been oblivious to.

Willy T’s and White Bay…hmm. Lets just say a minor touch of hedonism has it’s attraction and leave it at that. Indulge at your own peril.

Dive BVI... It's what we do! Scuba, Snorkel, Shop! Tag your photos with #divebvi to be featured! @divebvi

As TS Fiona pays us a visit, we’ll be closed at all Dive BVI locations on Saturday and Sunday (17th-18th). Please email for trip and reservation inquiries. info@divebvi.com
Thank you!
Dive BVI Team
#divebvi ...

Capt. Steve is out on Sea Bandit and got captured on the SDB webcam! The guests are getting a little Rum & Relaxation at Soggy Dollar Bar this afternoon. They had it all to themselves today! #myoffice #whyisalltherumgone #divebvi @soggydollarbar @worldcat_boats ...

Off-Season Specials? YES PLEASE!! Get your Stay-cation on with us!
And check out all of the amazing deals and experiences in the @britishvirginis @bvi.staycation guide! 🤩

Please join us in wishing - one of the most beautiful humans to walk this planet- a very HAPPY BIRTHDAY! AJ, our General Manager, is the backbone of this business and one of the most caring and DEFINITELY the hardest working people we’ve ever known. We are grateful for our leadership, but mostly for her friendship 💗

Its hard for us to know where all of this is coming from.  We found everything from Japanese toothpaste to 3 faux-fur lined crocs shoes.  Almost everything you see here (other than the 200 bottle caps, a ridiculous amount of crumbling micro plastic, and always so many crocs) is related to commercial fishing.  Ropes, nets, plastic crates, fuel cannister’s, buoys.

What is the main thing we can do?  Ask where your food is coming from.

Is it a somewhat sustainable species caught from a local fisherman using a line?  Or is it shrimp from a trawler whose bycatch is up to 20:1 shrimp to other species that get discarded.  This isn’t a war on 🍤 , but when people ask “what can I do?”  you can start to put pressure on grocery stores and restaurants to label their food so that us as consumers can make an educated purchase as well as put pressure on yourself to try to be as sustainable a consumer as you can be. As sad as the pilot whale stranding was, a lot more than that die from commercial trawling and drift nets each year.

And on a lighter note, thank you to all of our volunteers, as well as the Global Ghost Gear Initiative and @oceanconservancy which we are very happy to have joined forces with on this.

If you want to come join the next one, let us know! We always find a way to make cleaning trash in the sun as fun as possible 🙂

And thanks to @jan.volpp for majority of these great photos!

🪸What world is this?! 🪸
These amazing images were shot with a UV light on a night dive - strange things! 🤩
#upsidedown #blacklight #nightdive #coral #fluorescent #strangerthings #divebvi #scubalife #nightdiver

☀️💛🧡❤️ Shades of Orange are often as beautiful as our shades of Blue 💙💧🐠
.

💓Celebrate Women’s Dive Day 🤿
.
The ocean is a woman turned to the skies,
spilling her thoughts along a shoreline of sand.
You will never know what hides behind her eyes
by skimming the surface and reaching dry land.

Her soul is silent and runs deeper than deep.
O! How silent and deep her rivulets run!
Her whispers will charm you and lull you to sleep.
Let silence enter and the two shall be one.

Her coral cathedrals give pause to the brave
so eager to dive into the depths of youth.
She hides, yet magnifies, the giver who gave
sweet pearls of wisdom and immutable truth.

The ocean is a woman walking on waves,
wrapped in wind-song between heaven and the shore,
lightly tiptoeing over watery graves
buried deep where the sunlight can reach no more.

She tosses to turn; and she rises to fall,
undulating with her ubiquitous hips.
She dances on decks, over promenades all.
She is the sepulchre of a thousand ships.

There is no time to be bored in a world as beautiful as this 💙
.
#snorkeltrip #float #caribbean #bvi #daytrip #clearwater #guidedtour #mondayblues
.
📸: @_eyeofnature_ ...

Virgin Islands Day is a holiday that’s observed in the British Virgin Islands on the 1st Monday of July annually. This holiday has been celebrated since the mid-1950s and was previously known as Territory Day. This is a day that commemorates island culture and a recognition that the Virgin Islands have a distinct culture and history from the rest of the Caribbean.

During the 60s, as other colonies began to move towards independence, the classification of the Virgin Islands was changed from a colony to a territory. The 1978 Public Holiday Act would then amend the holiday calendar so that Territory Day replaced Colony Day.

The queen parrotfish is a medium sized parrotfish that lives on coral reefs in the Caribbean Sea and its adjacent waters. The parrotfishes are named for their powerful beaks, formed from the fusing of the teeth into biting plates. The largest queen parrotfish are brightly colored (blue, green, orange, etc.), and the species gets its name from a series of markings on the head, above the eye, that resemble a crown. Juveniles and young adults are a somewhat drab, brownish color.

Queen parrotfish are herbivores that graze the reef, using their beaks to scrape plants and algae from the reef surface. Oftentimes, this habit involves ingesting corals and other animals as well, but they are primarily herbivorous. Through their feeding strategies, parrotfishes create much of the sand around a reef. Upon eating some species of calcareous algae, parrotfishes digest the soft parts and pass the hard parts, which essentially take the form of sand. Through their constant grazing, queen parrotfish serve an important ecological function on coral reefs. By removing algae, they open up space on hard surfaces for corals to attach and grow.
-
#parrotfish #parrotlover
#папугай #papagayo #peces #bajoelmar #submarino #submariner #undersea #underwaterpic #scubaaddict #oceancreatures #lifeunderwater #uwphotography #seacreature #scuba_diving #uwphotographer #deepseacreatures #marinebiologist #oceananimals #oceanscience #oneocean #savethereef #coralreefenthusiast #underwaterart #underwaterphotography #oceanlife #oceanlover #coralreef
-
Credit: @arturotellethiemann ... 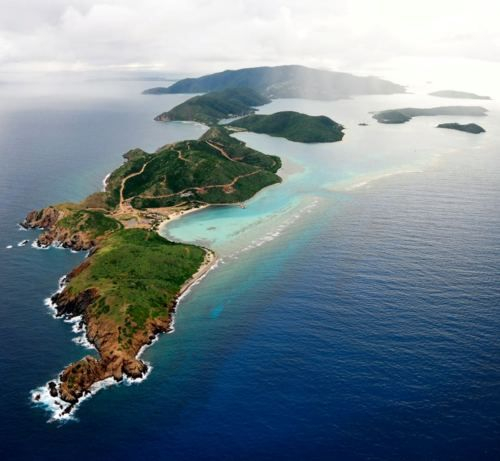